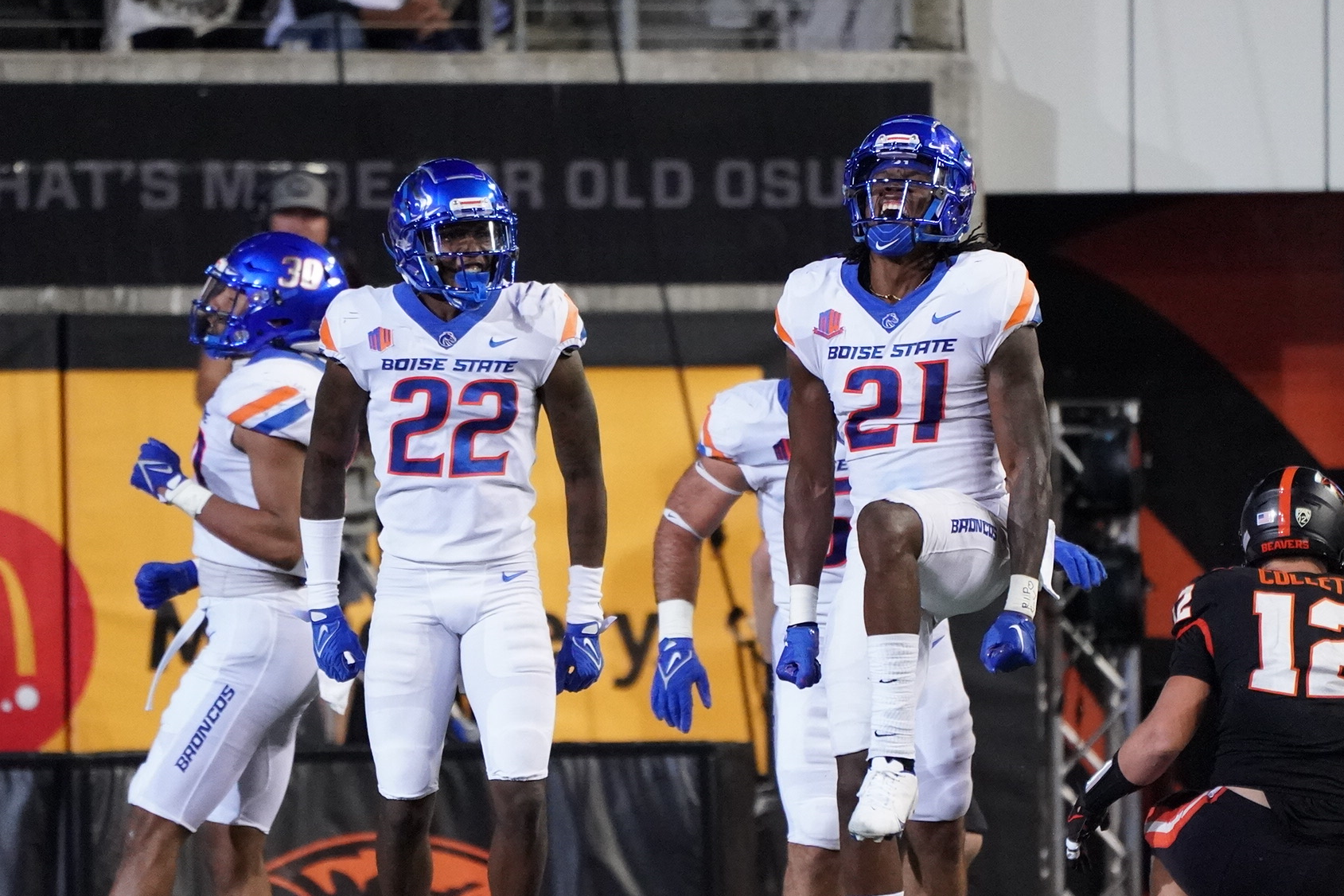 BOISE – The nation’s top-ranked pass defense will face arguably its toughest test of the season Saturday when Boise State hosts BYU at 5 p.m. at Albertsons Stadium.

The Broncos are  No. 1 among all 131 FBS teams in fewest passing yards allowed at 133.6 per game. But are they really the best pass defense, or have their stats been inflated by playing a number of poor passing teams? We’ll find out a lot more on Saturday.

BYU enters with the No. 55 ranked passing attack at 252.6 yards per game, which will be the second-best the Broncos have faced all season. But the only one better (Fresno State, 40th, 267.5 ypg) didn’t have starting quarterback Jake Haener.

Boise State no doubt has a solid secondary and pass defense, led by safety JL Skinner and corner Caleb Biggers. Rodney Robinson and Seyi Oladipo have been solid at the other safety spot, while Kaonohi Kaniho and Tyric LeBeauf have been fine at the other corner spot.

But the Broncos really haven’t been tested much at all. Fresno State is the only passing offense the Broncos have faced so far to rank in the top 75 nationally. That will change on Saturday.

Asked about inflated stats this week, safeties coach Kane Ioane admitted there was “plenty we can grow in” but indicated what they’ve done shouldn’t be ignored based on the competition.

Boise State’s overall numbers are good – they also rank No. 3 nationally with just six passing touchdowns allowed – but they’ve been susceptible to giving up the big play. The Broncos have allowed six passing plays of at least 40 yards this season, which ranks tied for 75th in the country.

The Broncos have also given up three passing plays of at least 60 yards, which is tied for 118th nationally. Only five teams have given up more 60-yard passing plays than the Broncos.

Boise State has given up two passing plays of at least 70 yards, which is 114th.

“We’re still not satisfied at all,” Skinner said. “We gave up a bomb last game and that killed our whole day. The whole game that was a bad game from that point on. That’s our standard. We’re not satisfied at all, we want to be able to give up under 50 passing yards a game.

“Really we want to just hold opponents to nothing and make them feel suffocated. We’re not happy at all and we know we can do a lot better. We’re watching the film and trying to get better every week.”

The Broncos also have just six interceptions, which ranks tied for 71st.

“At the end of the day it’s all about ‘alright, what’s next’ and that next play mentality for us,” Ioane said. “We don’t worry about statistics or anything along those lines. We worry about how we can grow each and every week and each and every game.”

Boise State’s defense has statistically been the best in the country against the pass to this point. They’ll have a chance to prove it on Saturday.

“Explosive – very explosive,” Ioane said. “They’ve got guys all over the place that can make plays. They have a quarterback that’s one of the top in the country, throws a great deep ball and can scramble and use his feet to make plays and has great command of the offense. The receiving core is dynamic, guys that can run and do a really good job of making plays on the football when the ball is in the air.

“They are just a really good, well coached team that can be very explosive and put a lot of points on the board. … We know who is coming into this stadium and the challenge in front of us.”

Said Skinner: “It’s a great challenge for our DBs. We’re excited. We want to step up to the challenge. We’re ready for everything and ready for them to come out and give us their best shot and we’ll do the same.”

Pretty amazingby BSUaddict3 hours ago
Fan Poll
What bowl game would be best for the Broncos?