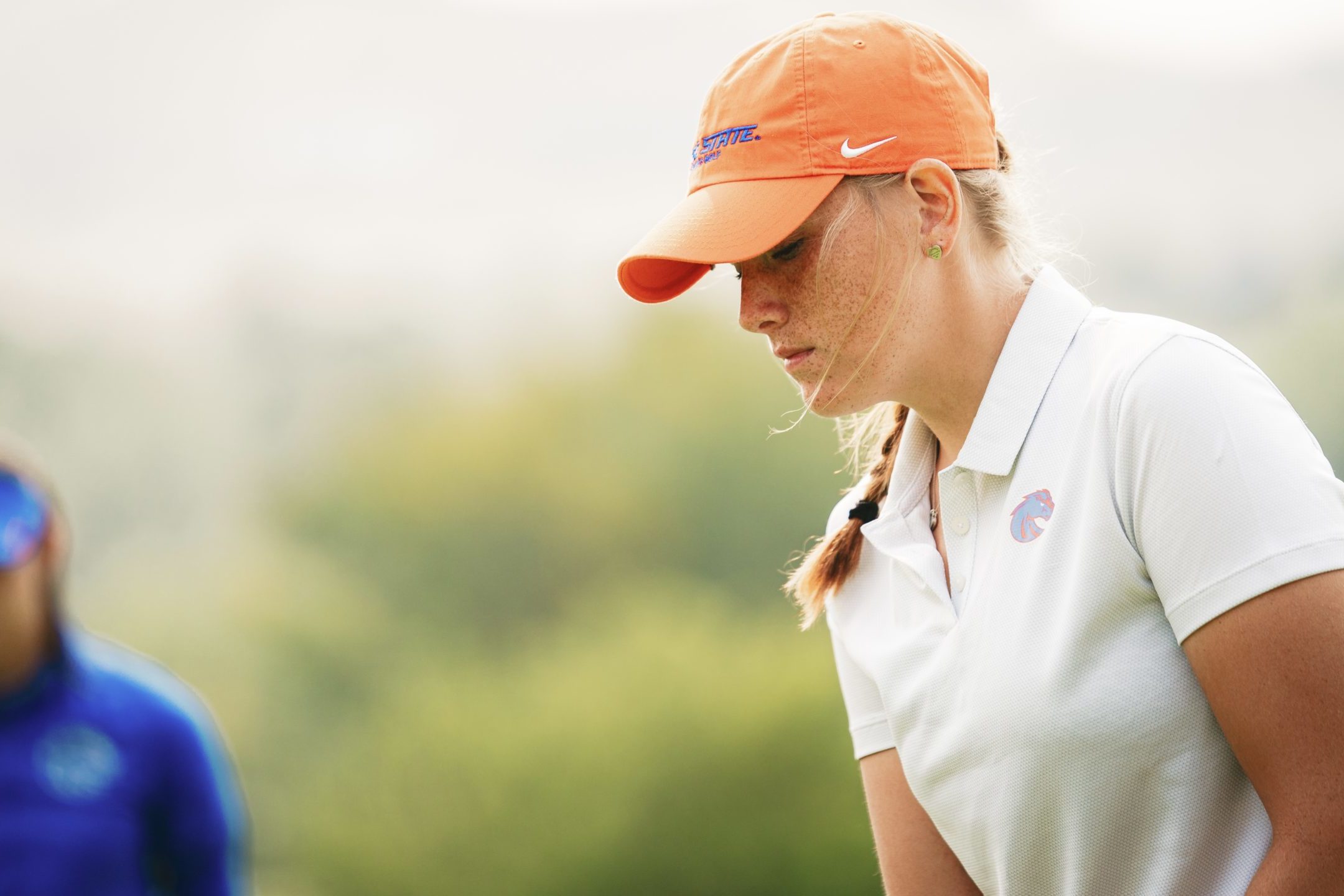 Franca Polla in the midst of a practice round at Quail Hollow (Photo by Tyler McFarland/BSU Athletics)
By Collin MitchellApril 12, 2022

Patience is a virtue.

Franca Polla has held patience within her for a long time, and it wasn’t always meant to be used on the golf course.

Before becoming a strong piece on the Bronco women’s golf team, the Boise State sophomore had been sent through numerous ups and downs in her life. From moving across the world and starting a new life to attempting a whole new sport, patience and persistence would hold values in the future for Polla.

Polla emigrated from the Netherlands to Oregon when she was 11 years-old. Tennis and field hockey were two sports that Polla loved in the Netherlands, but they weren’t big enough in Oregon for Polla to play competitively. She eventually found golf, yet initially it was tough for her to reciprocate her appreciation for the game.

“I started playing with my twin brother and it was fun but I hated it at first,” Polla said. “I couldn’t stand it and I wanted to quit … but I kept with it and here we are.”

What was once a chore turned into a special occasion. “Why are we going to the driving range so often?” quickly turned into “When can we go to the range next?”

What made Polla stick to the links stems back from her first golf coach, who created a group of lifelong friends for her and contributed heavily to who Polla is today both on and off the course. 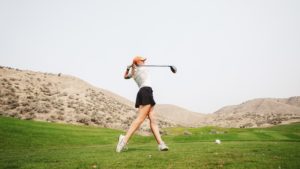 Golf became an escape for Polla, playing the sport in high school and then at Portland State University. Polla had found a space where she felt comfortable and had nothing to worry about. That would hold true, until the one who recruited her was no longer going to be her coach.

“When she told us that she would be taking this job (at Boise State) my heart sank to my stomach,” Polla said. “I felt like I wouldn’t find a connection with another college coach besides her.”

Polla asked Downs what she needed to do to go with her to Boise. Due to NCAA rules, Downs knew she couldn’t recruit Polla to become a Bronco unless she was in the transfer portal.

Polla entered the portal the next morning to get the ball rolling.

After a long wait of transferring classes and enrolling at Boise State, Polla eventually became a Bronco – and with success.

“Obviously it makes me feel good that she wanted to pursue coming to Boise with me,” Downs chuckled. “We have a really good coach to player relationship, and she takes coaching very well … She instantly fit in with the team and they got along really well.”

Franca Polla finishes up a par on the eighth. She’s +4 through 15 holes. pic.twitter.com/TuN8f7ZMwp

Just like with her first golf coach, Polla continued the trend of loyalty and commitment to her mentors on the course throughout the highs and lows. It would pay off – in big fashion.

After penciling in a triple bogey on her third hole of the 54-hole Cowgirl Classic in early April, Polla bounced back.

Not only did Polla cool her composure after a flustering third hole, the sophomore brought herself back to place second individually in the tournament and her second round score of 67 was the fourth-lowest individual round in Bronco history.

“To have her support through it was incredible,” Polla said. “I came off the course on Tuesday almost in tears – I had been through a lot recently with mental health and creating that confidence, believing in myself and being able to show my true potential on the golf course.”

The potential of the team rose in round two as Polla’s energy was transmissible over the course. The team went on to post the lowest second-round score of any team in the Cowgirl Classic etching a 291 stroke total.

Over the second round Polla had five birdies which included making birdie on her final two holes of the day.

“The hole was just super big,” Polla said. “I made everything inside of 12 feet and it was kind of like I blacked out for a little.”

Polla couldn’t continue that success Monday and Tuesday at a course many struggle at, tying for 72nd at 25 over par at the Redhawk Invitational at legendary Chambers Bay.

Boise State placed 12th out of 18 teams in the tournament. The host course of the 2015 U.S. Open makes it easy on no one, and the conditions early this week didn’t give any breaks with significant wind blowing out of the North towards the direction of Fox Island. Elena Castanon led the way for the Broncos shooting +17 throughout the 54-hole tournament.

Polla and the Broncos will travel to Rancho Mirage, Calif. next week for the Mountain West Championships hosted by Mission Hills Golf Club April 18-20.

And the Netherlands native knows to have success, she’ll have to have patience.