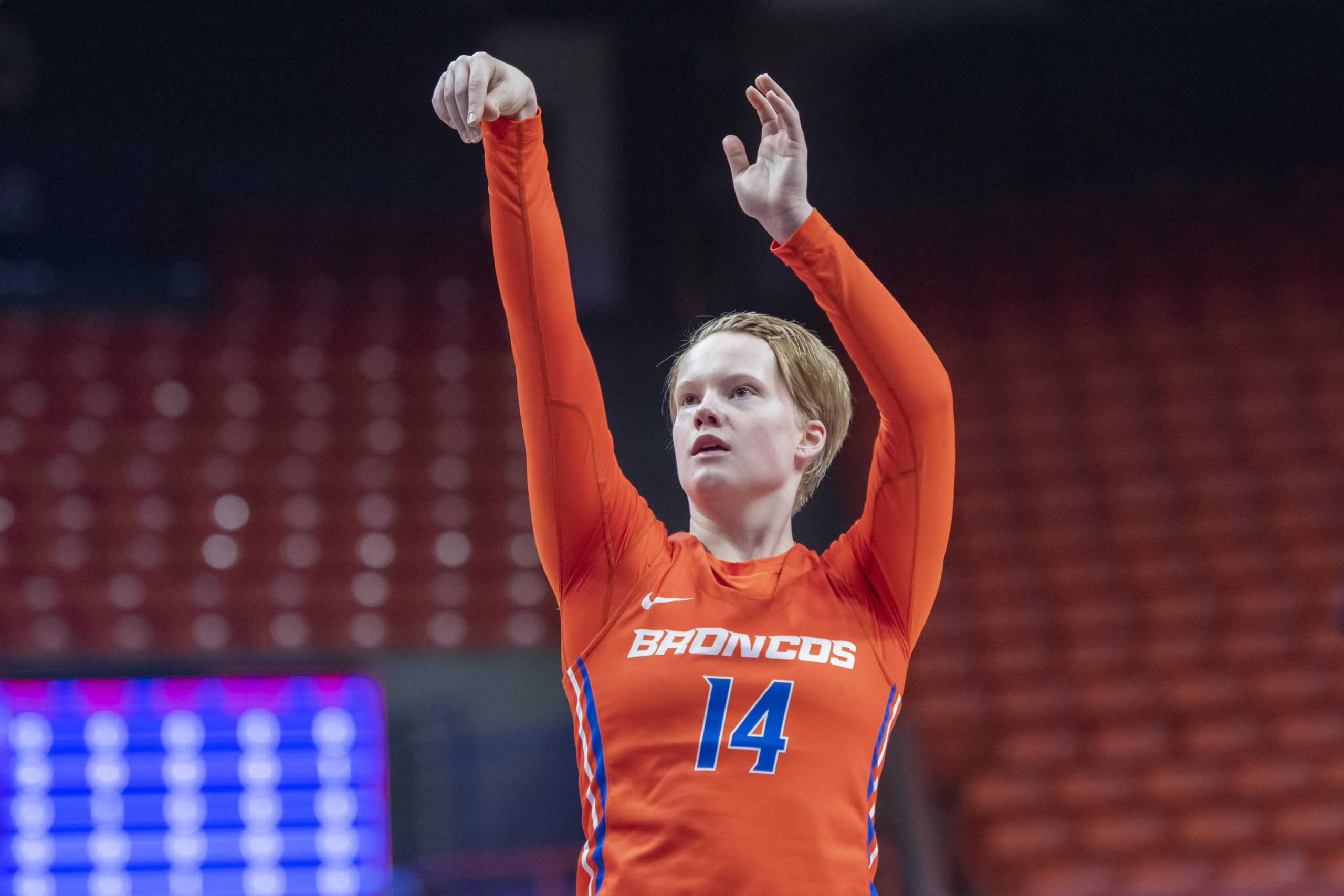 After coming a shot away from an upset at Pepperdine two days earlier, the Boise State women’s basketball team wanted a better feeling heading into a short Christmas break.

They got what they needed Monday night, dominating the NAIA-level Warner Pacific Knights from start to finish in a 90-39 blowout win at ExtraMile Arena.

The Broncos avoided losing three straight games with their win over the Knights, and maybe more importantly, coach Gordy Presnell thinks his group may have caught some traction towards some much needed momentum heading into conference play next week.

“When you lose like we have lost at Wazzu (Washington State) and at Pepperdine when we had the last shot it wears on you a little bit,” Presnell said. “I think we needed a feel-good game going into Christmas and I feel like we got that – It was the right time to play them.”

Thanks to a wide variety of 3-point shooting, Boise State went on a 19-0 run in a span of over six minutes that bled into both the first and second halves of the game.

Abby Muse and Anna Ostlie lit up the scoreboard with career-highs in scoring, leading the Broncos with 20 points each. Ostlie was 6-for-11 from behind the arc. Muse was just as busy on the glass scoring as she was rebounding, finishing with a team-high 14 rebounds.

“I was really pumped for Anna because she missed her first two shots and normally when she misses her first two, she doesn’t make many after that,” Presnell chuckled. “She was able to mentally plow through that and hit some shots to do very well for us.”

Mary Kay Naro set up numerous opportunities for the offense and flirted with a triple double, dishing out 11 assists and hauling in seven rebounds to go along with nine points. She led the team with a +48-point differential when she was on the floor.

All eight Broncos that stepped on the floor scored against the Knights and Boise State won the rebound battle 56-21.

Sitting at 4-7, Boise State has a chance to turn it around in conference play and avoid the first losing season under Presnell since the 2012-13 season.

“We’re just going to keep moving forward,” Presnell said. “You look back at those four close losses and we’d be sitting pretty good right now if we were 8-3 rather than 4-7.”

The Broncos (4-7) head to Fort Collins next week for a Tuesday evening matchup with a very talented Colorado State (9-1) team to open Mountain West conference play. Five of the next seven games for Boise State are on the road, with two of those games located in high elevation.

“We’ve had some down moments and some great moments at Colorado State,” Presnell said. “We have to establish early that we can shoot from the perimeter and keep them honest and then we can hopefully have a post-presence against them.”

The game will be streamed at 6 p.m. on the Mountain West Network with a separate radio broadcast on 1350 AM.

Year of ‘growing pains’ ends for Broncos with loss to San Diego State in first round of Mountain West Tournament
March 6, 2022