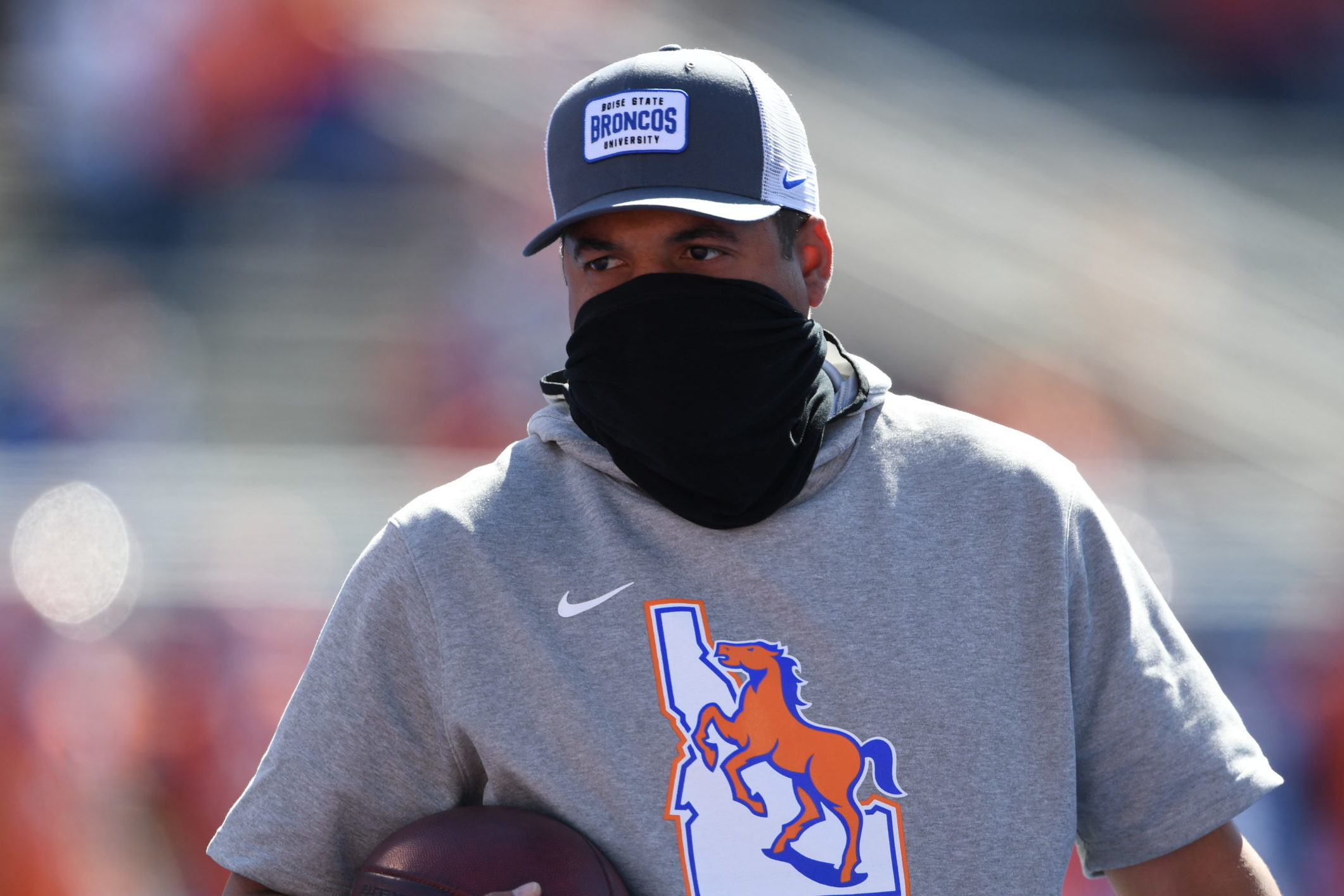 Boise State running backs coach Winston Venable watches the Broncos warm up prior to a game against Nevada. (Photo by Boise State Athletics)
By B.J. RainsDecember 30, 2021

“I will be forever grateful for the opportunity to come back and impact a program that helped shape who I am today,” Venable said in a release. “The lessons I learned from being a Bronco – as a coach, staff member and student-athlete – will be with me for the rest of my life.

“This program is in great hands with Coach Avalos, and I am excited to see the Broncos continue to win championships and compete amongst the elite teams in college football.”

It seemed like an odd fit from the start. Venable, who was also the player development director, had never coached at any level prior to Bryan Harsin hiring him prior to the 2020 season. He also played defense, but was hired to coach offense.

Avalos retained him as running backs coach when he took over as head coach prior to the 2021 season.

“Winston is one of the greatest players to suit up for Boise State, and has done a tremendous job of mentoring not only our running backs, but every young man that has chosen to play for the Broncos over the last several years,” Avalos said. “Although he is leaving his current role, he will always be part of this brotherhood and I know he will find a way to continue to impact our student-athletes.”

Much of the struggles can be attributed to an injury to starting running back George Holani and a rotating door along the offensive line due to multiple injuries.

Venable played at Boise State during the 2009 and 2010 seasons. He had an interception in the final minute to clinch a 17-10 win over TCU in the 2010 Fiesta Bowl. He was named to the All-Blue Team as one of the best players to play on The Blue in its first 30 years, and went on to have a professional career with Montreal Alouettes in the Canadian Football League from 2012-16.