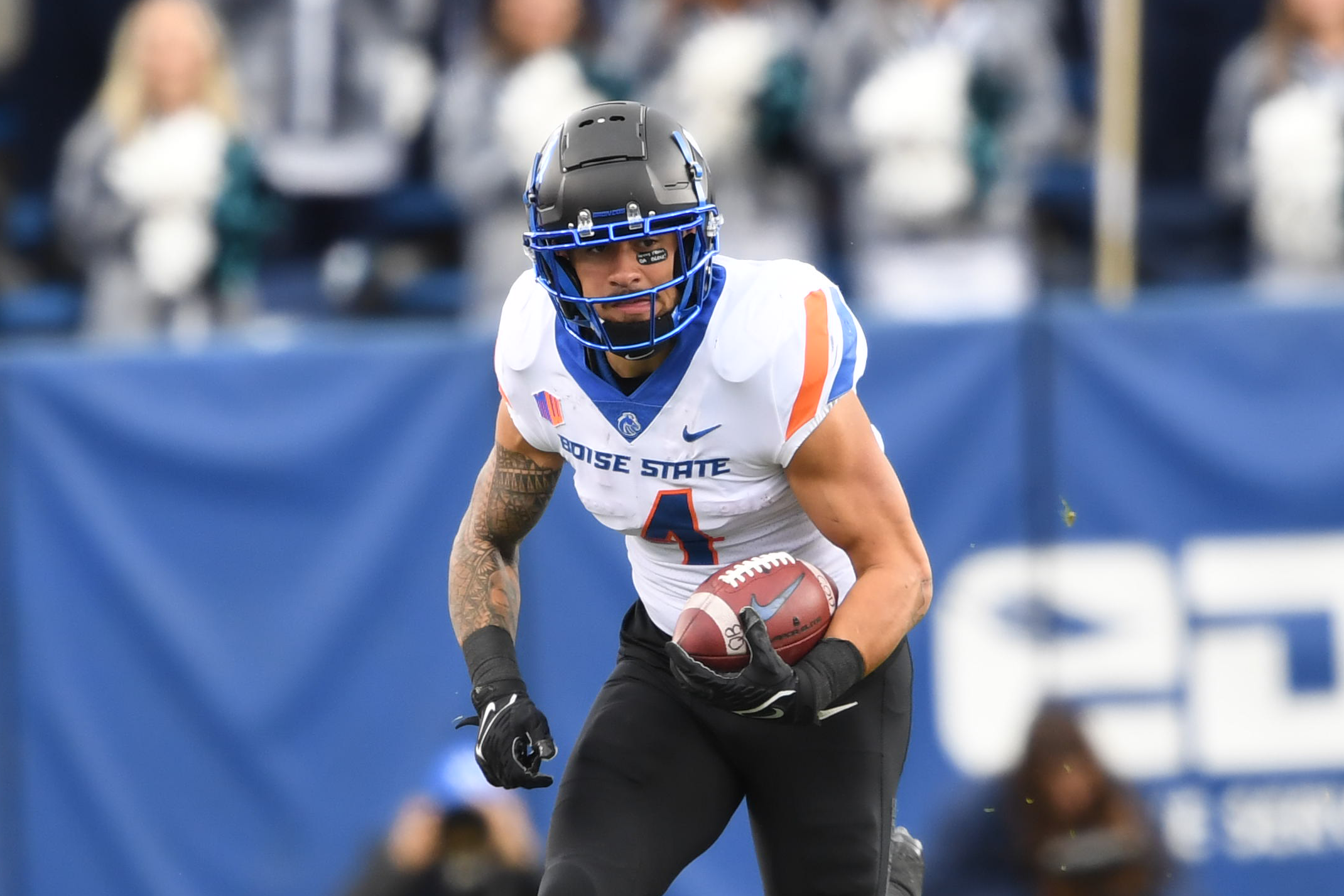 Boise State running back Cyrus Habibi-Likio, who played one year for the Broncos after transferring from Oregon, will not return and instead enter the 2022 NFL Draft.

Habibi-Likio announced the decision on his social media accounts on Friday.

It’s unclear whether Habibi-Likio will play in the Arizona Bowl on Dec. 31 against Central Michigan.

Habibi-Likio has 107 carries for 374 yards and two touchdowns this season. He had 21 rushing touchdowns the three previous years at Oregon prior to transferring to Boise State for his senior year. He has one year of eligibility left due to the COVID-19 pandemic impacting the 2020 season, but instead will take his shot at the NFL.

“I would like to thank Boise State University and the University of Oregon for giving me the chance to play at the collegiate level,” Habibi-Likio wrote on social media. “I am forever grateful for the people I have met along the journey of college football. A special shout out to all the coaches that played a role in my life and developing me into the man I am today.

“I appreciate my family for supporting me every step of the way. Being able to play Division One football has been an honor. With that being said I will forgo my last year of eligibility and declare for the 2022 NFL Draft.”

Running back Andrew Van Buren recently announced he was transferring, leaving the Broncos a bit thin at running back heading into 2022.

George Holani is slated to return as the starter. Boise State signed four-star running back Ashton Jeanty, who will arrive in January and is expected to compete for playing time immediately as a freshman. The Broncos also have Tyler Crowe, Taequan Tyler and Danny Smith on the roster.

Which of the newest additions are …by Bronco74546 hours ago