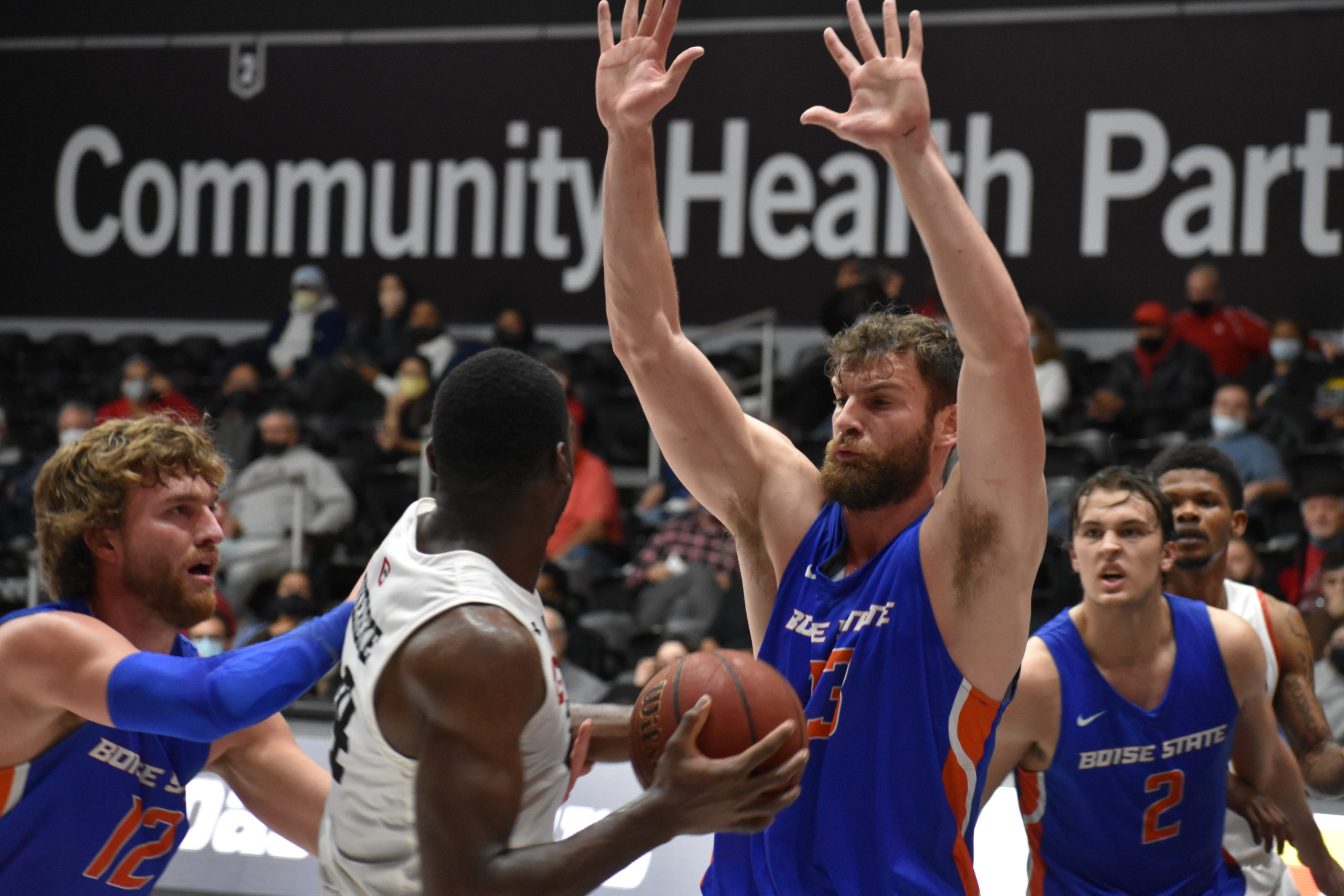 NORTHRIDGE, Calif. – The Boise State men’s basketball team got 21 points from Tyson Degenhart and 17 points from Naje Smith to roll past CSUN, 74-48, on the road Tuesday night at the Matadome.

“We set a tone early and I was really, really impressed that we kept that tone up the whole game,” Boise State coach Leon Rice told Bronco Nation News during the live postgame show. “I really think our offense is starting to catch up and starting to click. Guys are figuring out their roles and sometimes that just takes time.”

Here is how the game played out…

PLAYER OF THE GAME: NAJE SMITH

Degenhart had 21 points but Smith earns the nod due to his three blocks and thunderous dunk to go along with his 17 points. Smith went a perfect 7 for 7 from the field and hit all three of his 3-point attempts. He also added four rebounds and a steal while providing great energy and production in 24 minutes off the bench.

“He’s an energy guy,” Rice said. “He had some blocked shots, he flies around and he’s doing a great job for us. He deserves everything he gets.”

2 – Walk-on Sam Winter scored the first points of his Boise State career, making a layup in the final minutes to earn the biggest cheer of the night from the Boise State bench.

12 – Marcus Shaver Jr. had 12 points for the Broncos and has reached double figures in seven of the eight games he has played.

21 – Degenhart is the first freshman to score at least 20 points for the Broncos since Justinian Jessup did it on Nov. 25, 2016.

Boise State returns to Boise for the first of three straight home games Friday night against Prairie View A&M. Tip off is 7 p.m. at ExtraMile Arena.