Boise State to play Central Michigan in the Arizona Bowl on Dec. 31 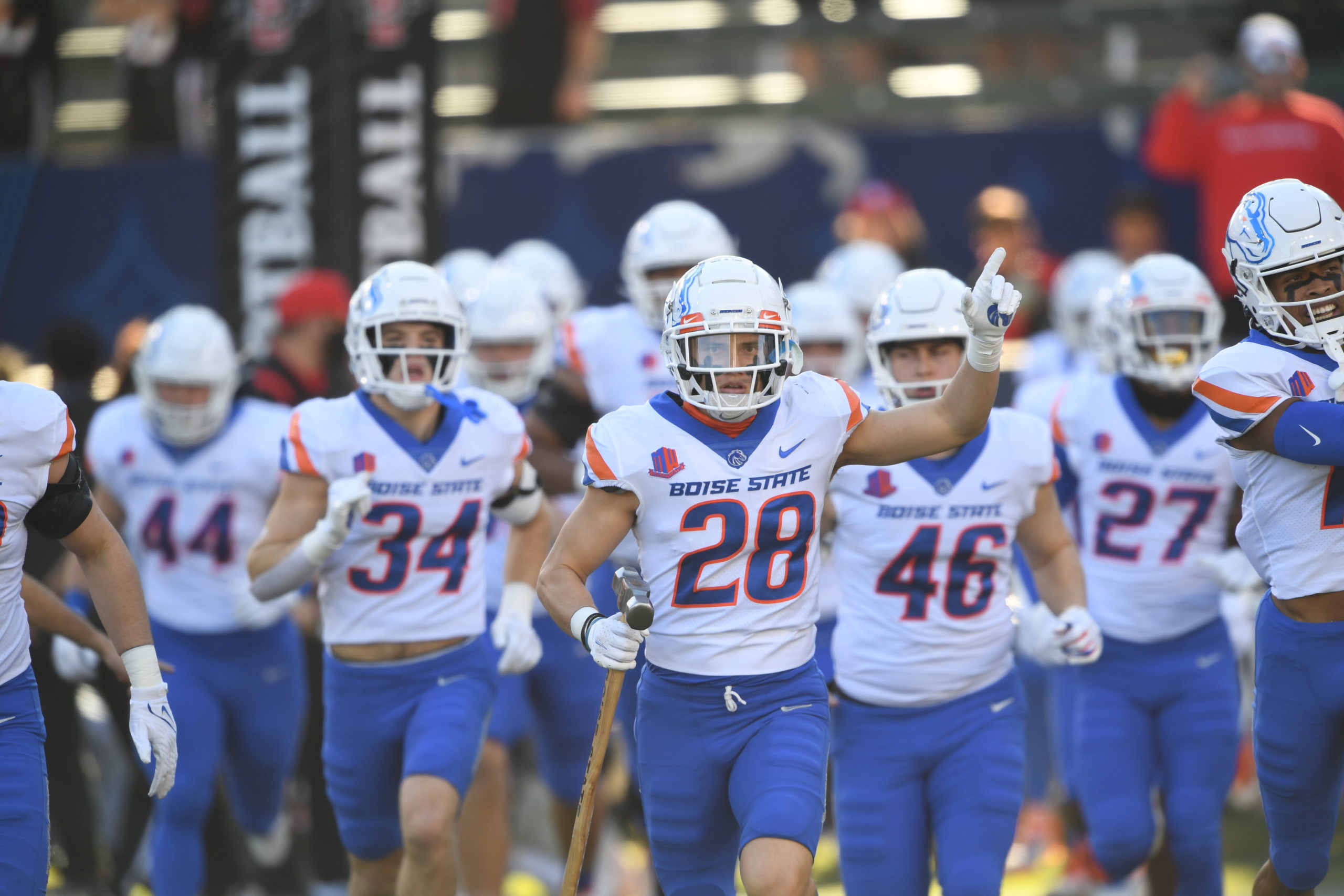 Boise State senior Kekaula Kaniho (28) carries The Dan Paul Hamer as he leads the Broncos onto the field on Nov. 26 at San Diego State. (Photo courtesy of Boise State)
By B.J. RainsDecember 5, 2021

Welcome to the Barstool Sports Arizona Bowl @BroncoSportsFB and @CMU_Football.

This promises to be one of the best postseason matchups out there, and an experience unlike any other in college football. Tucson is ready and waiting. It’s GAME TIME.

The Barstool Arizona Bowl really wanted the Boise State football team to be part of its bowl game. Bowl officials got their wish.

The Broncos will head to Tucson to play Central Michigan in the Barstool Arizona Bowl on Dec. 31 at Noon. The game will not be televised but will be streamed at BarstoolSports.com.

“Barstool had the No. 1 pick for our conference outside of the conference champion and they wanted to be part of this matchup,” Boise State coach Andy Avalos said. “It comes as a great honor that we were their first choice all along.”

The Broncos (7-5) will be making their first appearance in the Arizona Bowl. This is the first year of a new partnership between the bowl game and Barstool Sports.

According to the Barstool Sports website, the company “is a sports & pop culture blog covering the latest news and viral highlights of each and everyday with blogs, videos and podcasts.” The owner is Dave Portnoy, who has 2.7 million followers on Twitter. Here’s Portnoy announcing the matchup:

Introducing The Teams For The Barstool Arizona Bowl pic.twitter.com/ICZjTUD8rb

There was growing momentum for Boise State to stay home and play in the Potato Bowl all week, but Wyoming will represent the Mountain West in Boise.

It’s not an ideal outcome for the Broncos, who would have likely preferred to either stay home in Boise or play in one of two Dallas-based bowls. The Arizona Bowl is not on TV and instead will be streamed on the Barstool Sports social media channels and at BarstoolSports.com. But at 7-5 the Broncos didn’t have a ton of pull in the final outcome.

“In terms of the streaming process as opposed to being on a traditional network, as we all have come to find out that’s a way of life,” Avalos said. “My kids watch streaming and I think everybody streams these days so its the direction things will move in and a lot of ESPN stuff is streamed as well these day so this is going to be a new opportunity for us and a new era to see how these opportunities allow Boise State’s brand to hit the nation and how many viewers we’ll have through the streaming process.”

Central Michigan (8-4) has won four games in a row and six of the last seven. They went 6-2 in the MAC. The Chippewas, who are coached by former Colorado State coach Jim McElwain, have the leading rusher in the nation in Lew Nichols III. He’s rushed for 1,710 yards and 15 touchdowns on 310 carries this season.

“He’s going to be a huge challenge,” Avalos said.

Avalos said players will get three full days off to go home and spend Christmas with their families. The team will meet back in Boise on Dec. 26 to continue practices before traveling down to Tucson.

“That will be awesome and that’s what they deserve,” Avalos said of taking a break to allow everyone to go home for Christmas.

Boise State will begin bowl practices on Friday, according to Avalos. He said the two-week break since the loss to San Diego State has allowed injured players time to heal, and given players a chance to focus on school.

But the Broncos are eager to get back to work and finish strong against Central Michigan. Even if it’s not the bowl some wanted to see them in.