Boise State lands No. 8 seed in NCAA Tournament, will play No. 9 seed Memphis in Portland on Thursday 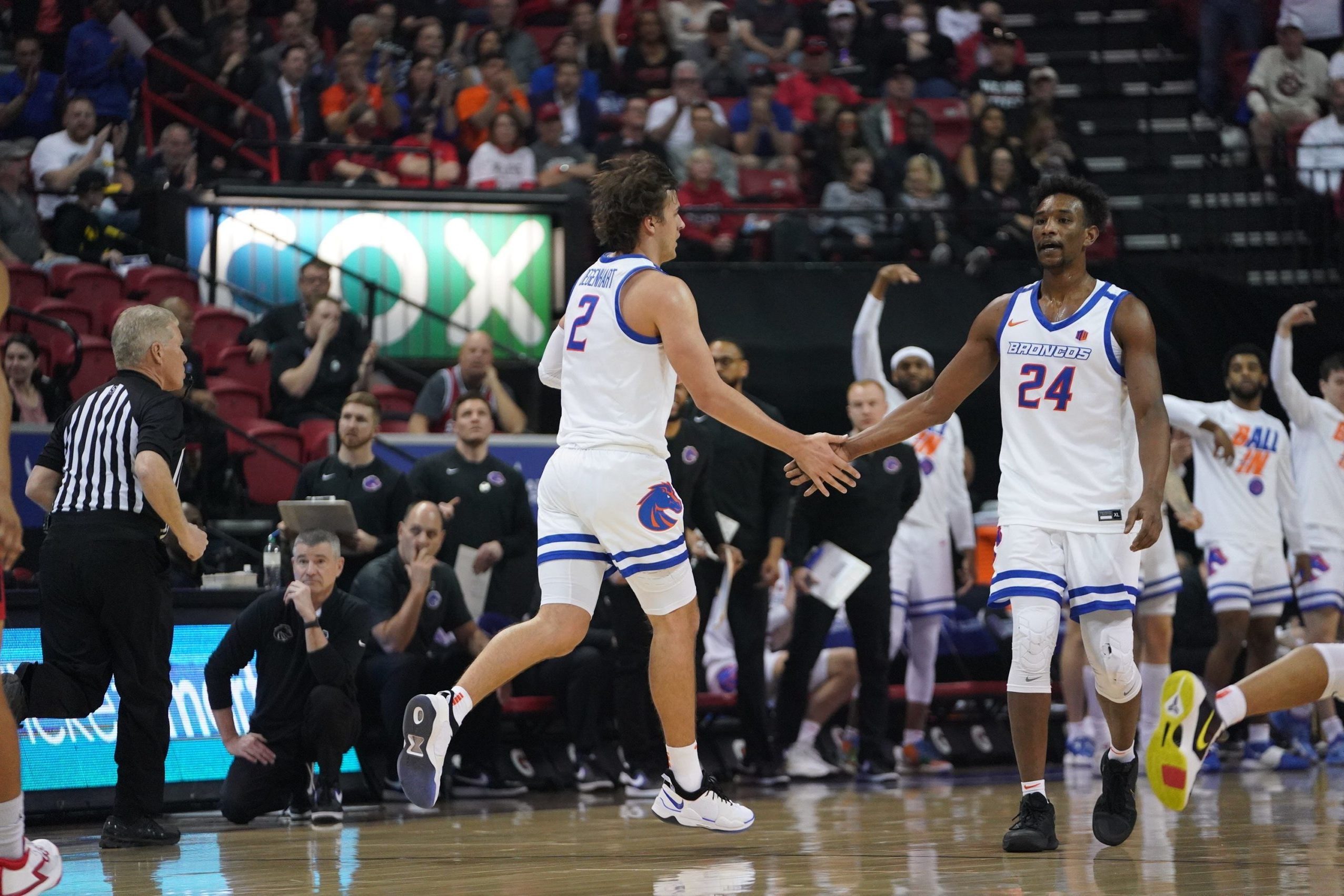 Boise State is the No. 8 seed in the West Regional and will face No. 9 seed Memphis on Thursday in Portland.
By B.J. RainsMarch 13, 2022

The Boise State men’s basketball team couldn’t make it back to ExtraMile Arena in time to watch the NCAA Tournament Selection Show with fans at ExtraMile Arena on Sunday afternoon due to flight delays in Las Vegas.

So the moment they’ve waited for their entire lives – to hear their name called on the selection show – came with the Broncos huddling around a laptop propped up on a Krispy Kreme donut stand at the Las Vegas Airport.

But the announcement still came. And that’s all that matters.

Boise State was awarded a No. 8 seed and will play No. 9 seed Memphis in Portland on Thursday. A win would match the Broncos up with No. 1 seed Gonzaga – where Boise State coach Leon Rice was an assistant for 11 years.

The start time will be announced later Sunday evening.

Fans are encouraged to meet the team at the Boise Airport at 6:30 p.m. to welcome them back to town.

It’s the first NCAA Tournament appearance for the Broncos since 2015 and the third in 12 years under coach Leon Rice. The No. 8 seed is the highest in program history, surpassing the No. 11 seed the Broncos had when they were an at-large pick for the ‘First Four’ in 2015.

But it’s lower than many expected given the Broncos’ success this season. Boise State (27-7) won the Mountain West regular season and tournament championships.

And they have to play one of the hottest teams in the country in Memphis, which has won 12 of its past 14 games and advanced to the finals of the American Athletic Conference Tournament on Sunday.

The Broncos are 24-3 since an overtime to Saint Louis on Nov. 30 dropped them to 3-4 on the season. Rice said the three-month turnaround was “hard to put into words” but was fueled by his decision to kick starter Devonaire Doutrive off the team. Freshman Tyson Degenart replaced him in the starting lineup and went on to win Mountain West Freshman of the Year honors.

The Broncos have already established a program record with 27 wins, surpassing the previous mark of 25. The outright regular season conference title was their first since 1988, and the tournament title was the first since they won the WAC Tournament in 2008.

Boise State is looking for its first win in the NCAA Tournament. The Broncos are 0-7 all-time in the Big Dance.

This is a breaking news story and will be updated…