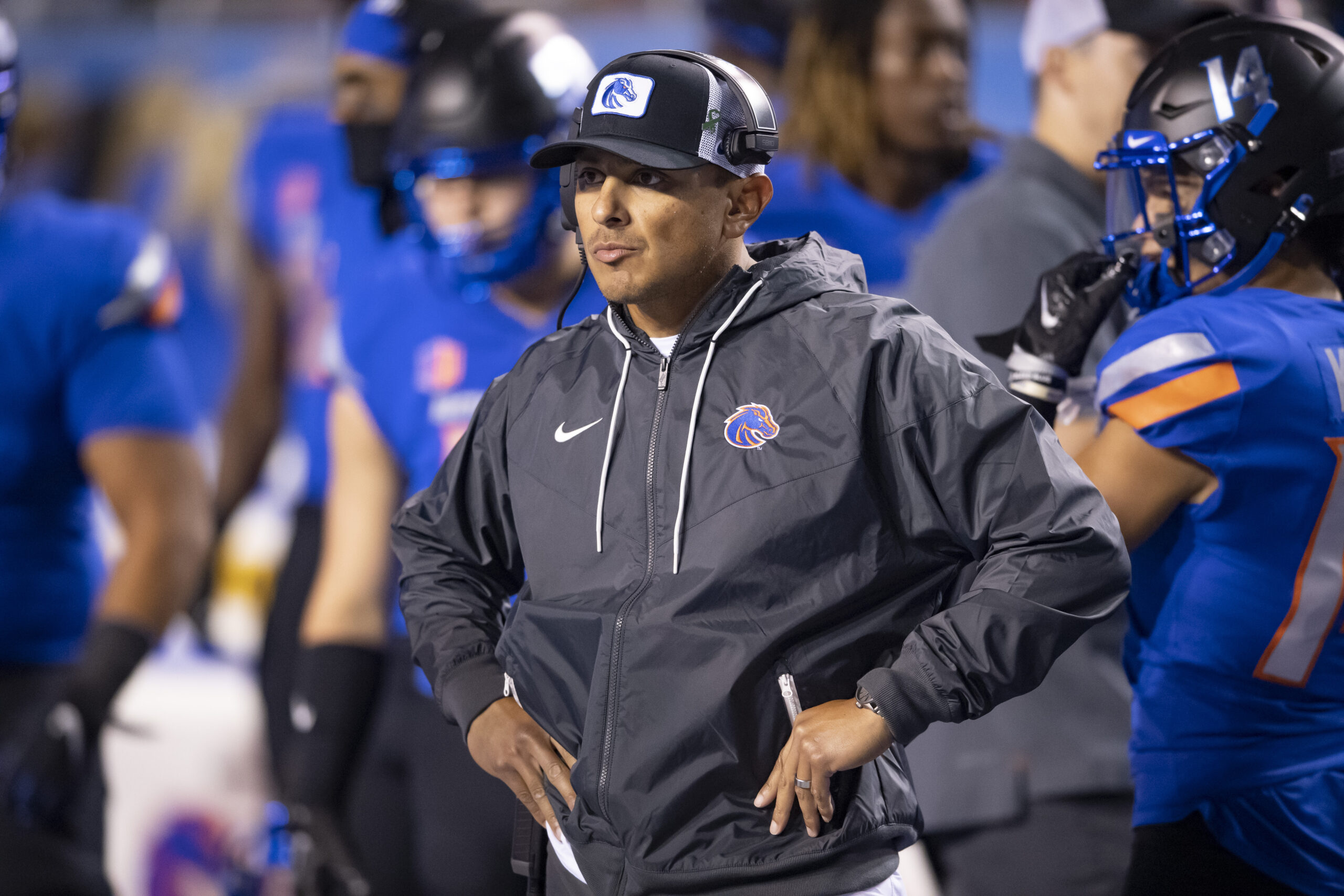 BOISE – The Boise State football team appears to be nearing the end of its search for a new offensive coordinator.

Boise State coach Andy Avalos said Monday the plan remains to have an offensive coordinator hired and announced prior to next Wednesday’s National Signing Day on Dec. 21.

Avalos has been searching for an offensive coordinator since he fired Tim Plough on Sept. 24 and replaced him with interim Dirk Koetter for the remainder of the season.

“Yeah, we should be in there pretty close to that timeline,” Avalos said. “We’re being really diligent. We have so many pieces in place here. … We have an opportunity to do something special here with the young men we have here and the young men we’re recruiting and we have a bunch of those pieces in place, so this is a big opportunity for us. We’re being diligent with it and making sure the fit is right is the most important thing.

“When we have a lot of the pieces in place, it’s about finding the right fit for everybody, and we mean everybody – the personnel we have coming back, the coaches (already on staff), and what that looks like.”

Koetter made it clear several times the past two months that he agreed to help out to finish the season but had no interest in returning next season.

Avalos, who was surprisingly open and willing to chat about his search Monday while speaking with the media ahead of Saturday’s Frisco Bowl against North Texas, indicated the candidate pool was strong in part because the offense – led by quarterback Taylen Green – has a chance to be really good next season.

Asked about how much interest he received from coaches due to the potential of Boise State’s offense, Avalos said, “A lot. A lot. Because we do have a lot of pieces in place. We have great young men, this is an unbelievable city and an unbelievable University that we’re blessed to be part of. And that’s why it’s very important that we’re extremely diligent. We have a great opportunity to make huge strides as we move forward, so it’s about narrowing it down and it always starts with people, who they are, their relationship skills, their ability to motivate and to lead and obviously their performance and knowledge and organization and their experience.”

Avalos also said the candidate pool is much stronger than when he hired Plough two years ago because of an increased financial commitment from Athletic Director Jeramiah Dickey to help land a quality candidate.

“We’re not going to go into great details, but I will tell you this – where we are at and what we are able to do from a resource standpoint and who we are able to have conversations with because of where we’re at right now in terms of where we were two years ago, it’s not even close,” Avalos said.

Avalos wouldn’t get specific but hinted that the salary for the new offensive coordinator will be well higher than the $270,000 Plough was making prior to being fired.

“When we get through this bowl game here you guys will see how much improvement there has been,” Avalos said.

It’s unclear who the candidates or favorites are. Some potential candidates with ties to Boise State could include Mike Sanford Jr., Ryan Dinwiddie, Kirby Moore, Scott Huff, Junior Adams and Mark Helfrich.

What about less mentioned names such as Scott Frost, Matt Lubick and Jim Mastro? Nobody really knows which direction Avalos will go – but that figures to change soon.

Avalos was asked how he weighs hiring someone with ties to Boise State or someone outside the family and the importance of either one, and he said he’ll talk more about that after the hire is announced.

“We’ll get into all of that later,” Avalos said. “(He commented on the search) in respect to everybody wanting to know because it is an exciting time. Let’s be honest, it’s exciting.

“I don’t want to go into too much of the details but when we get to that point of announcing something, we’ll share all that stuff and go into those things…but I’m excited about it too and I know everybody else is, but the timing is everything and making sure we do it the right way.”

Avalos typically refrains from talking about topics such as this with a game five days away, but was oddly open about it. That likely means he already has a choice – and a solid one at that.

He’s had two months to think about it, but the Broncos appear to be close to finally having a new offensive coordinator. And that had Avalos in a good mood Monday.