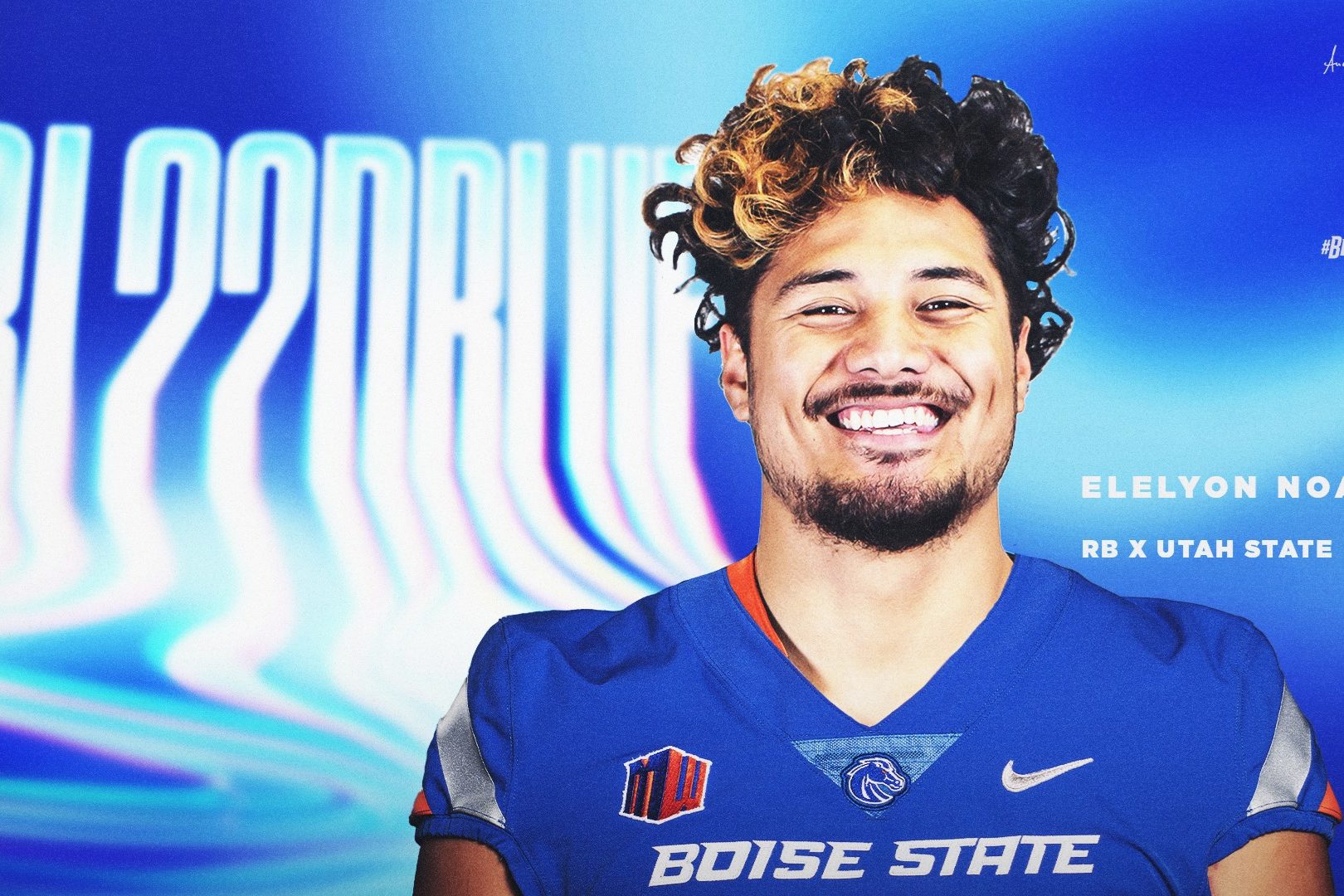 There was another Noa at Boise State’s first practice today.

It took six months, but the move that made the most sense all along finally happened.

Elelyon Noa, the younger brother of Boise State linebacker Ezekiel Noa, was announced as a late addition to the 2022 roster on Wednesday morning – barely an hour before the first practice of fall camp.

Noa had 597 rushing yards and four touchdowns at Utah State last season before announcing in January he was entering the transfer portal.

When Ezekiel announced his return for a sixth season around the same time, it seemed to be a perfect fit for Elelyon to join him in Boise.

It took longer than expected, but it ended up happening – thanks to a last-second opening on the roster. Boise State found out just a few days prior to fall camp that running back Taequan Tyler was leaving the team due to personal reasons. Boise State, which already was dealing with a lack of depth at running back after losing both Cyrus Habibi-Likio and Andrew Van Buren from last year’s roster, moved quickly to add Noa.

It’s unclear why Noa was still uncommitted to a school this late into the summer.

Elelyon Noa wanted to join his brother at Boise State out of high school but the Broncos didn’t initially have a scholarship to offer him. He eventually received one close to signing day, but after he had already committed to Utah State.

At the time of his commitment Elelyon told 247Sports that his big brother “was kind of upset that I chose the Aggies over them.” The two played against each other in 2020 and 2021 but now will get to be on the same side for Zeke’s final season. The two last played together at Helix High School in San Diego during the 2016 season.

Noa, who spent two seasons at Utah State, averaged 4.3 yards per carry with the Aggies last season and also had 11 catches for 85 yards. His best game came against Hawaii when he rushed for 111 yards and a touchdown on 23 carries.

This is a developing story and will be updated. Bronco Nation News LIVE will be live around 10:30 a.m. today with more information and highlights from the Broncos’ first spring practice.

Tyneil Hopper into the transfer p …by Bronco745430 mins ago

Too early "What do we need for 20 …by Bronco74544 hours ago
Fan Poll
What bowl game would be best for the Broncos?
Latest Video

B.J. Rains and Kent Riddle are live at The James Kitchen and Bar near Albertsons Stadium with analysis, highlights, interviews and more after Boise State loses to Fresno State, 28-16, in the Mountain West title game on Saturday. ... See MoreSee Less