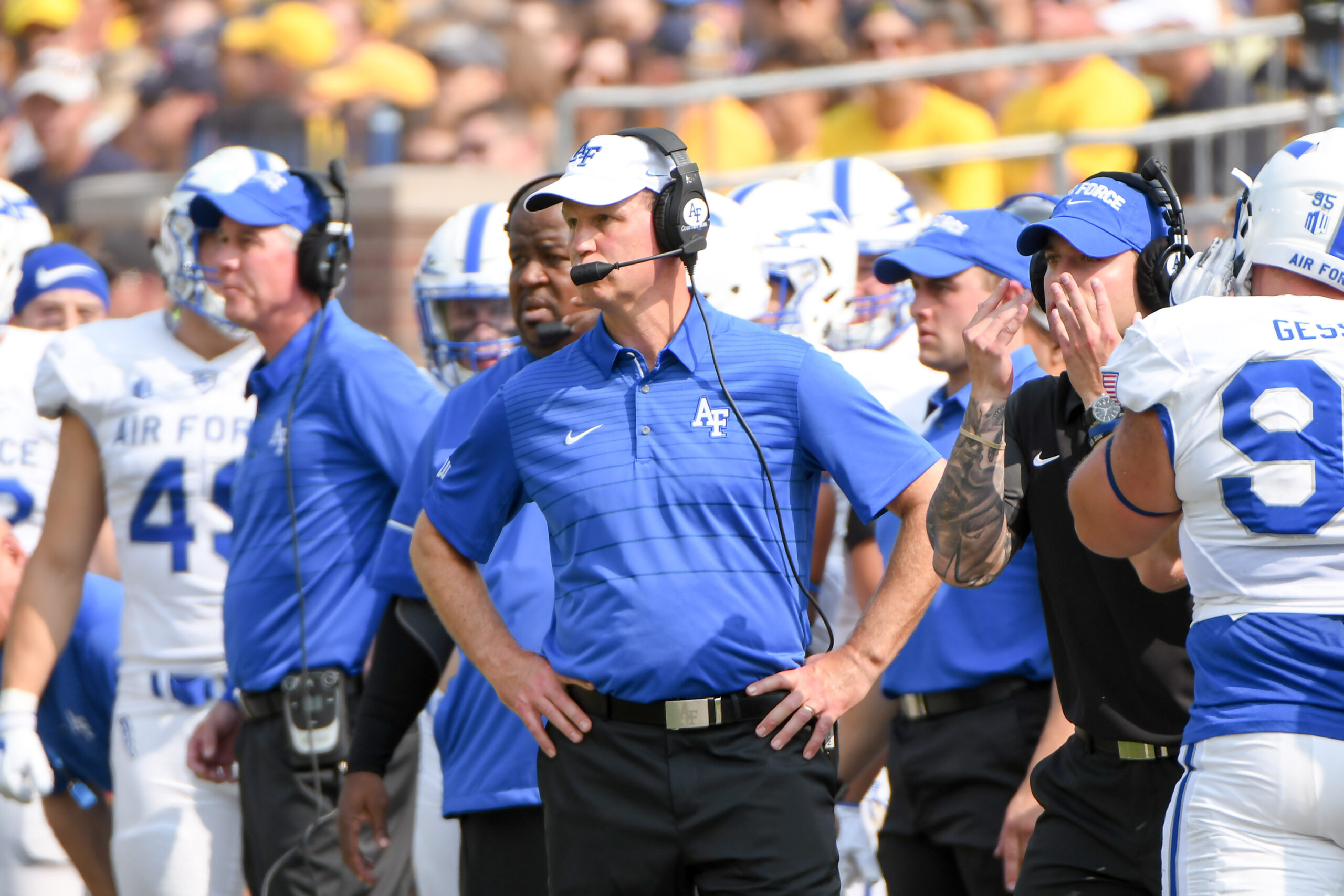 Air Force coach Troy Calhoun was as complimentary as a coach could possibly be when talking about Boise State this week. Was he setting up the Broncos, or does he know his group is in for a tough day?

Listening to Calhoun talk, you’d think the Falcons had no chance in Saturday’s 5 p.m. matchup with the Broncos (4-2, 3-0 MW) at Falcon Stadium on CBS Sports Network.

“They are just different than everybody else in this league,” Calhoun said during his weekly press conference on Tuesday. “If they were in a Power 5 conference they’d more than hold their own. And they deserve to be in a Power 5 league when you look at the amount that’s invested.”

Calhoun went as far as to compare the Broncos to the old Oklahoma teams in the Big 7 and Big 8 conferences that went multiple seasons without losing a single conference game.

“They could go on one of those runs in this league,” Calhoun said. “How they are able to recruit and their investment, you don’t flinch – and I really don’t – if they went on one of those runs where they had eight straight years of winning the conference you’d say, yeah, that’s fathomable.”

The veteran Air Force coach, who by the way led the Falcons to a 24-17 win on The Blue last season, said he saw a lot of similarities in Boise State quarterback Taylen Green and former Texas quarterback Vince Young.

“He’s something else,” Calhoun said. “And then they have two great, not good, but two great running backs. … And how long those offensive linemen have been in the program, that makes a huge difference. Just talent wise, they are beyond outstanding.”

On Boise State’s defense, which ranks No. 2 in total defense and top 20 against both the run and the pass, Calhoun said, “defensively they are, and I don’t want to overstate it, but they are out of this world. They really are. It’s just ridiculous, it really is, when you look at it. And yet it’s not a surprise again just because they operate at a different level.”

Asked if Boise State’s front seven on defense were the best the Falcons have played to this point, Calhoun quickly said, “Yes. And that didn’t take long to think of did it? This isn’t the first year, or the second year or even the third year these guys have been out there. They are extremely stout, and they know exactly which gap to be in.

“They just play with different guys, they really do.”

Calhoun noted the amount of juniors and seniors and fifth and sixth year players on Boise State’s roster as a luxury most teams don’t have.

“They are playing with different people than pretty much anybody they face,” Calhoun said.

As for the talent level on the roster, Calhoun said, “they have so many NFL guys.”

While mentioning Boise State’s dominance of the league (it should be noted by the way that Boise State has only won two of the past seven Mountain West championships), Calhoun again went with the Oklahoma comparison.

He noted their biggest rival back then was Texas, who wasn’t even in the same league at the time. Calhoun said he thinks Boise State’s biggest rival is BYU, which is headed to the Big 12 next season.

“This squad, you can see why their biggest rival more than likely is the one in Provo,” Calhoun said.

Calhoun even praised former starting quarterback Hank Bachmeier, who transferred after the fourth game of the season.

“The previous quarterback, he’ll end up somewhere and be a tremendous player,” Calhoun said.

And with all that said, the Falcons – the betting favorite in the game – will give it their best shot to try and beat the Broncos for the fifth time in the past nine years.

“It will be very very hard to do,” Calhoun said.