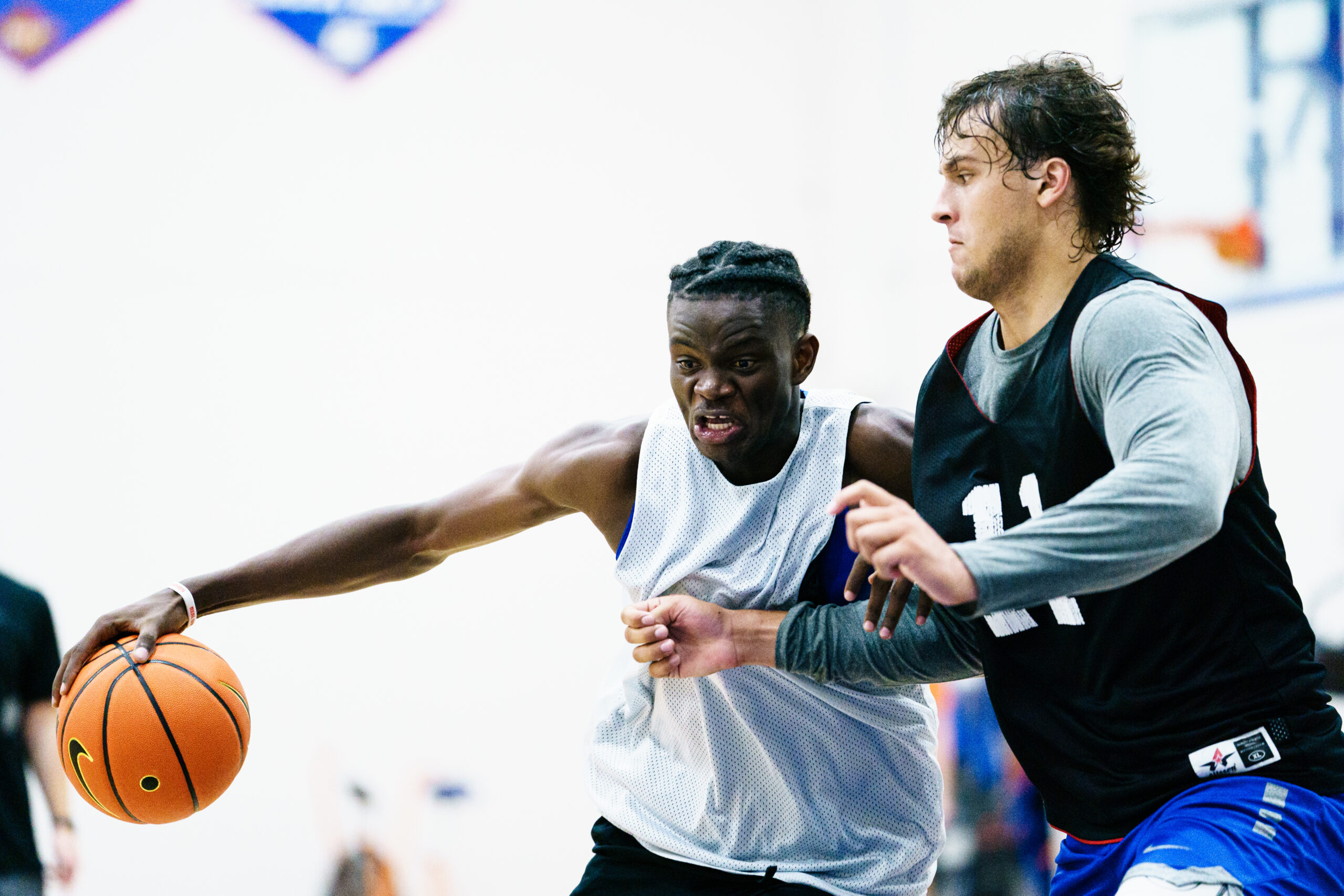 The Boise State men’s basketball team doesn’t have much interest in revisiting the historic, record-breaking season from a year ago. A new one has officially started.

The defending Mountain West regular season and tournament champions took to the court Wednesday for the first official practice of the 2022-23 season. And they did so with a clean slate.

“That’s gone. It’s done and in the past,” coach Leon Rice said. “We enjoyed it and they want more of it, but the preparation doesn’t change. The process is the same as it always has been and always will be.”

Boise State went 27-8 last season and established a new record for wins in a single-season. Included was a program-record 14 consecutive wins to turn a 3-4 start into a 17-4 record through 21 games.

The Broncos won both the Mountain West regular season and tournament championships – becoming just the fifth team to do that in the 23-year history of the Mountain West – and earned the highest NCAA Tournament seed in program history (No. 8).

But none of that matters anymore.

“We’re trying to put that in the past and really work towards (another) Mountain West championship with this group of guys,” sophomore forward Tyson Degenhart said. “It’s a new team, new roles, a new group of guys. We have to forge our new identity compared to last year’s team.”

“We lost a lot with those three guys,” Rice said. “They were a huge part of what we did and they were in this program a while and that was valuable, but I think we have three or four new guys that are really, really going to contribute. The challenge is they haven’t done it before and they haven’t been in our system, so they have to work through some stuff.”

“Our challenge as a group is to get them up to speed as quickly as we can so we’re ready to come out of the gate because we’ve got some really quality opponents and great opportunities right out of the gate,” Rice said.

“This is a very competitive group and I love that,” Rice said. “I think we have high character workers, which is going to amount to something. They are really playing together. For this early in the year, I love how the ball moves with this group.”

Fans certainly are excited about this year’s team given what the Broncos did last year. But for the players and coaches, it’s a new year. And they are looking forward – not back.

“That’s our goal again, to repeat, but it all starts within and us believing in that and I think we have a group that believes in ourselves and will work towards winning a Mountain West Championship,” Degenhart said. “We have all we need in the locker room, so now it’s just time for all of us to put it all together.”

Boise State will scrimmage Oregon on Oct. 22 and play a to-be-announced exhibition game at ExtraMile Arena before opening the regular season on Nov. 9 at home against South Dakota State, who went 30-5 last season.